“Inesa, we did it! Positive Whispers simply works!” – Rachel M.

‘Inesa we did it!’ she exclaimed with a big smile as she walked into my clinic only three weeks after starting using the EPW method. A whispering mom, Rachel is a delicate and pretty young woman that looked like the world had been lifted from her shoulders. Sitting opposite me she could not hold back her enthusiasm and excitedly shared the changes she had witnessed in her two sons.

Just three weeks before Rachel had entered my clinic, hesitantly and with a look of despair.
“We’ve been through a very rough year, and I am at my wit’s end,” she told me. Her oldest son, 5 year old Jon, is a cute boy who had difficulty with sensory regulation and experienced delayed speech. He had been in treatment since the age of two with a speech therapist with little results. Jon was diagnosed with ADHD at a young age.

Jon demonstrated frustration with even the simplest tasks. And he was acting out in social situations and other children were avoiding him. This only added to his frustration and led him to be aggressive and even violent both at school and home. His mother said that Jon had difficulty communicating and cursed, yelled, hit and insulted others.

Thomas, Jon’s three year old brother, was easy going, cheerful, and most always cooperative.  Yet he was often hurt and confused by his older brother’s behavior. Thomas lacked self confidence and was shy sticking close to his mother for protection.

Both brothers were suffering as were their parents. The school and extended family didn’t know what do to or how to help. Homeopathic, psychological and behavioral treatments failed to bring about any change, and the situation went from bad to worse. And so Rachel came to me, exhausted from the tempestuous years they’d been through, yet determined to take the reins and make a change in their lives.

I instructed her on the EPW techniques she should use at home, and we were on our way.

After only a few days the first change she noticed; a never before seen calm came over Jon. Suddenly he was listening and cooperating. Within a few days Jon was talking more fluently and in complete sentences, which surprised everyone.  Jon’s grandparents were astonished when they saw him playing peacefully with other children and even sharing his toys. This was the first time he behaved so quietly and nicely in the presence of his grandparents and they showered him with praise.

During the second week I had Rachel focus on her feelings about the difficulties with her children.  She needed to vent and free herself to best help her boys. By that time Thomas was already exhibiting more independence and confidence. While attending an event with his family he volunteered to sing in front of a small audience, something he would have never done up until then. Rachel told that story with tears in her eyes and then she hugged me and thanked me.

By the third week the behavioral changes were positively affecting the whole family.

I acknowledged all the newfound happiness was thanks to mom’s initiative and determination to succeed for her family. Today Rachel reports that she feels empowered, her home has become calmer. She is committed to the process to help her children and family grow and realize their great potential.

Parents commonly reach out to me and ask how does the EPW method works and how come it show such quick results. Please watch the following video and see what Positive Whispers and the EPW method are about. Discover why I have devoted my life to the changes this process is having on the world; one child, one family, at a time.

Share this amazing story if it has touchd you and given hope for your children. 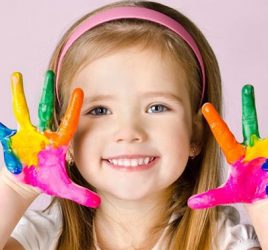 3 Tips to Elevating your Child's Self Esteem 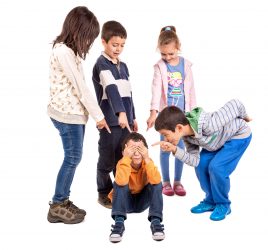 [Child Bullying] This Video Made me So Angry 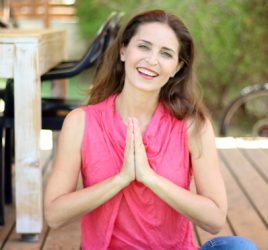 Parenting and Spirituality? Do They Connect?

This site uses Akismet to reduce spam. Learn how your comment data is processed.